The following links will take you to pages with more information about Outerbridge Park. 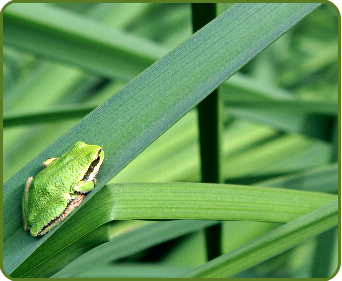 This site will be under construction for for some time as new trees, their location, and information gets added.

Outerbridge Park is a small park located off Royal Oak Drive east from the Broadmead shopping centre. It contains native habitat, horticultural plantings, two ponds, a rock water fountain, and a level gravel pathway that winds by ponds and meadows and is bordered by beds of flowering herbs, shrubs, and trees. There are several benches where visiors may quietly enjoy the view, the flowers, the blossoming trees, or listen to the birds.

Outerbridge Park was created from the passion and vision of Mrs. Joan (JoAnn) Outerbridge and passed on to the municipality of Saanich for all to enjoy. 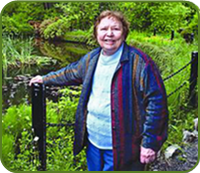 Her vision was to have a sanctuary that provided natural habitat for wild birds and animals and a place where people could come and quietly enjoy nature. Joan Outerbridge passed away on February 2, 2014.

The following obituary provides more about her life (Published in The Times Colonist from Feb. 6 to Feb. 8, 2014). "OUTERBRIDGE, Joan "JoAnn" October 7th, 1920 - February 2nd, 2014 Victoria lost one of its visionaries with the passing of JoAnn Richmond Outerbridge (nee Higinbothom), the creator of Outerbridge Park on Royal Oak Drive. Born in Bermuda, she was a nature lover from an early age - a self-described "tomboy" with a love for climbing trees, for the ocean and animals. At a time when so many young women looked only to become homemakers, JoAnn was, by age 17, collecting and preserving specimens for the Bermuda Museum. Not unlike Emily Carr in appearance, it should come as no surprise to those who knew JoAnn that she also owned a monkey for a time.

In 1941, the dangers of World War II forced JoAnn to move to the USA, where her mother's side of the family resided. In 1952, JoAnn graduated from The Horticultural School in Pennsylvania, then had various occupations, including proprietor of a flower shop. She returned to Bermuda in 1966. She took great pleasure in describing how she met her future husband when he had mistakenly tried to rescue her while she was at sea in her rowboat. She continued to live in Bermuda after being widowed, but in 1987, chose to move to Victoria, BC in the hope of finding a climate that suited both her, her beloved older sister, Helen Owen, and Helen's husband, the renowned oceanographer, David Owen. In 1991, JoAnn became a proud Canadian.

When JoAnn purchased her house on Royal Oak Drive, she saw the potential of the long backyards attached to the neighbouring properties. While in her 70s, using mortgages large enough to cause most people to lose sleep, she began the process of creating a 9 acre nature sanctuary. She bought one lot directly from a developer in order to "save it", but devoted a lot of time to buying a house, subdividing off most of the backyard, renovating the house, putting it back on the market and using the profits from the sale to do it again. She repeated this process over the course of more than a decade with seven houses, including her own, leaving a lasting legacy, first known as Shangri-La Bird and Nature Sanctuary, then in 2005, after a transfer of the lands to the Municipality of Saanich, as Outerbridge Park. JoAnn would frequently say that she wanted to save this land for the birds and animals and to give the people of Victoria a place to appreciate nature."